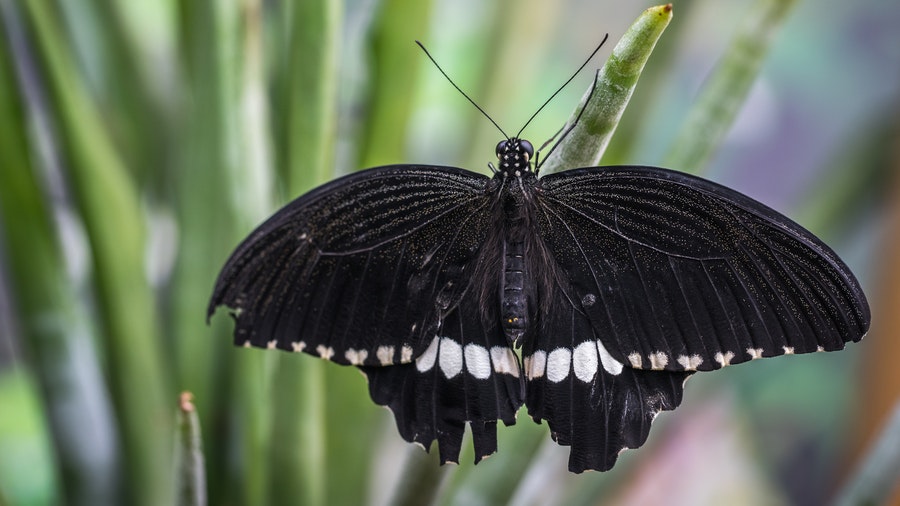 The Plants for beneficial insects are much useful to people who grow garden since the organic forms of pesticides are not the safest, healthiest or the most effective natural pest control options. Moreover,introducing certain plants to your garden or farm will promote biodiversity and a stable population of beneficial garden insects that give out the best protection.  Integrated Pest Management and also organic farming methods all depend heavily on the use of plants known to attract beneficial insects feeding on destructive pests in the garden.

The first thing you need to know is to differentiate the good insects and the bad insects. Because, all the pests are not harmful to your garden, many are helpful in fighting against other pests.

What will happen to your Garden When You Include the Plants for Beneficial Insects? 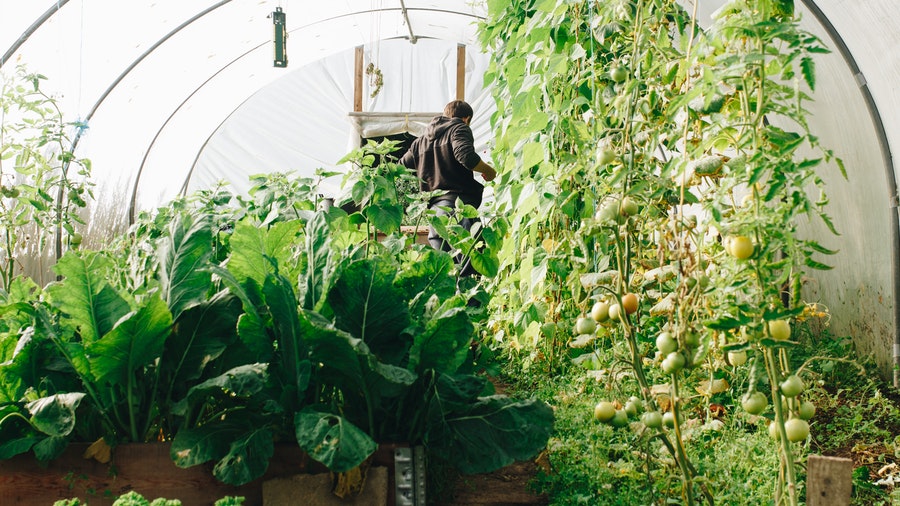 By including plants that attract beneficial insects you can keep the pest population under control using a technique known as farmscaping. A general rule is to assign 5 to 10 per cent of your garden or farm area to plants that offer benefits. Planting so leads to blooms all year round is a significant key the beneficial insects won’t live or survive during a season if no food is present. This continuous-blooming element of farm scaping has given the technique the nickname “chocolate box ecology”.

What are the Three ‘P’s When it Comes to the Plants for Beneficial Insects?

The Three ‘P’s are pollinators, predators, and also parasites. Pollinators, such as honeybees, fertilize flowers which increase food crop productivity. Predators such as lady beetles and soldier bugs eat pest insects as their food. Parasites use pests as nursery for their young ones. So, the three ‘P’s’ feed on bugs or flower pollen and honey. If you know these good bugs, it is easier to value their work and should understand that it is better not to use herbicides on a wide scale. 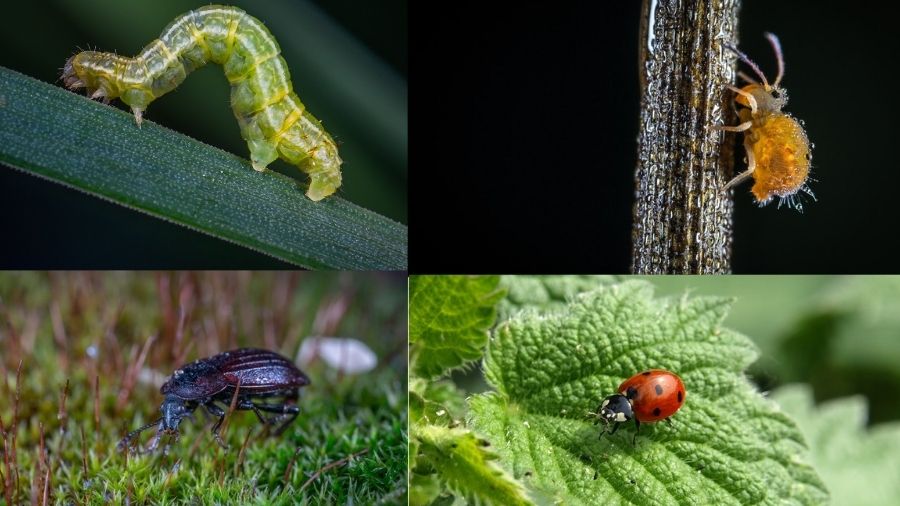 The application of the herbicides and pesticides can be harmful to the active relationships that occur between plants, pests and also predators. Above all, that natural insect control works better. Since pesticides, including organic types, make little difference between beneficial and hurtful species, their daily use may potentially have many negative impacts, including soil destruction and waterways pollution. Instead, encouraging the existence of predators that can support and protect your garden against common pests and is not only an environmentally friendly management strategy; but also it encourages biodiversity and plant pollination.

The Beneficial Insects for Your Garden

With the beneficial insects, you can reduce the toxic chemicals from your garden. If you particularly grow fruits or vegetables, the insects will support the growth of the plants as well as help with a better environment.

There are approximately one million listed species of insects on the earth, and less than one percent is identified as agricultural pests. This ensures that the majority of insects you come across in your garden are either beneficial or harmless. In other words, they just hang out in your garden, do their work.

Naturally, the insects that people want to encourage most in the landscapes are the ones that help us in some way. And no other group of insects does this well than the predators and parasitoids. Moreover, such beneficial insects are capable of eating thousands of pests every day in a clean garden – the one filled with plants and free of pesticides.  Beneficial insects, such as ladybugs, lacewings, predatory stinkbugs, soldier beetles, tachinid flies, parasite wasps, and plenty of others, lead to a reduction in pest populations.

Most species of beneficial predatory and parasitic insects need carbohydrates in honey, in addition to the protein that their prey provides. For instance, although ladybugs are harmless to people in the field, they do need honey for reproduction, and parasitic insects such as parasitic wasps and tachinid fly only eat honey as adults; it is their larvae that are predaceous.

This means that your garden won’t be able to maintain a good number of pests – killing beneficial insects without sufficient honey sources.

The Best Plants for Beneficial Insects

Most beneficial insects don’t have the advanced mouthparts required to reach deep or conical flowers for honey. Instead, they need to feed on small, untreated honey from small flowers. They actually cannot get honey from the same plants, with large flowers or hidden honey favored by far larger species of bees.

That means you need to customize your plant choices to match their needs to help beneficial insects. There are several studies in nature, with many more in progress, which analyze which flowers are the most desirable honey sources for harmful and beneficial parasitic insects.

Some of the other Plants for Beneficial Insects

These flies often known as a syrphid moth, flower fly, or predatory aphid fly. The adults appear like little bees that easily fly around and run away. They don’t sting and lay eggs that hatch into black, yellow, brown, orange, or gray that look like caterpillars. They come up to trap and feed on the aphids, mealybugs, and also others.

The larvae are indeed the ones that eat most of the pests. Their practice of feeding on aphids is also called aphid lions. They feed on mites, other tiny insects, and eggs from insects also. The lacewings can also be seen sticking to porch lights and screens or windows on spring and summer evenings.

It’s recognized by most gardeners when they become adults. The young larvae, black with orange markings, though, consume more bugs than the adults, so they cannot fly. The yellowish eggs are typically laid on the undersides of leaves in clusters.

Parasites are a range of insects. They just don’t sting! The stingers are modified so that the females could lay their eggs in the bodies of insect pests. Then, the eggs hatch, and the young feed on the pests, by killing them. After killing the pests, they leave the leftovers.

These feed on larvae of moths, beetles and flies, moth eggs, various pupae of insects, and adults. If you see lots of white capsules on a caterpillar’s backs, these are the braconids. And leave the caterpillar dying!

The wasps control the growth of beetles, moths, and also the larvae, pupae of flies.

They lay their eggs in the moths’ eggs, kill them and make them look black.

Caterpillar parasites are corn earworms, cabbageworm, cabbage loopers, cutworms, armyworms, stink bugs, squash bug nymphs, beetle and fly larvae, some true bugs, and beetles. Adults have a length of 1/3 to 1/2.  White eggs are placed on leaves or on the host’s body. Larvae are internal parasites which feed inside the host’s body and also suck their body fluids to the point where the pest dies.

Small and they are 1/20 inch long bugs that feed on almost every little insect or mite, including thrips, aphids, mites, scales, whiteflies, and soft arthropods, but are especially attracted to thrips.

Start feeding on aphids, leaf hoppers, bugs of plants, and little caterpillars. They are generally in dull brown and reflect other pest-like plant bugs. In general, their heads are longer and narrower than most of the other plant-feeding species.

What Happens to the Bugs in Winter?

Little and 1/4 inch long, grayish-beige, oval-shaped bugs with wide eyes that feed on several small insects such as leafhoppers, spider mites, insect larvae, and mites, both as larvae and as adults. Football-shaped eggs with whitish-gray red spots can be seen.

Understanding the beneficial insects’ life cycles can promote healthy planting habits. Not only the plants but also the flowers help in attracting beneficial insects. The three types of beneficial insects but the pollinators in particular are attracted by a number of different flowers also. Specifically planting to promote good insects involves a variety of plants sometimes referred to as ‘insectary plants.’

Instructions to Keep up the Beneficial Insects in Your Garden

Lady Beetle is the most popular beneficial insect! Adults and also larvae feed on soft-bodied pests and eggs.

Plant flowers, such as marigolds, calendula, sunflower, daisy, alyssum, or dill close by to attract beneficial insects that attack and destroy aphids. Ladybugs are especially good at killing aphids.

A member of the mint family, it includes a chemical called nepetalactone, which keeps away insects such as mosquitoes, flies, deer ticks and also cockroaches.

5 Beneficial Insects to Must Have in Garden

link to Myriapods: their Characteristics, Anatomy, Habitat, Diet, and Reproduction

Insecticides and their significance, types, advantages, and disadvantages make the people aware of them and realize the effects of their application. They are chemical agents that are used to destroy...