Ultrasonic Pest Repellers drive away the dangerous flying insects, cockroaches, and rats effectively. It is also a priority for house owners. People prefer pest control professionals and also some will go for DIY methods to remove the outbreak and to avoid future threats.

There are a number of products on the market,  sound quality and emission levels differ from one to another. There are also several target-specific machines, means they’ll only operate on the specified pests, such as rats.

Cockroaches will pollute the kitchen, behind refrigerators, cabinets, dishwashers, drains, cupboards, and they always hide in hard to reach places. They are hard to find and destroy. But ultrasonic pest repellers will remove even these types of household pests.

What is Ultrasonic Pest Repellers? 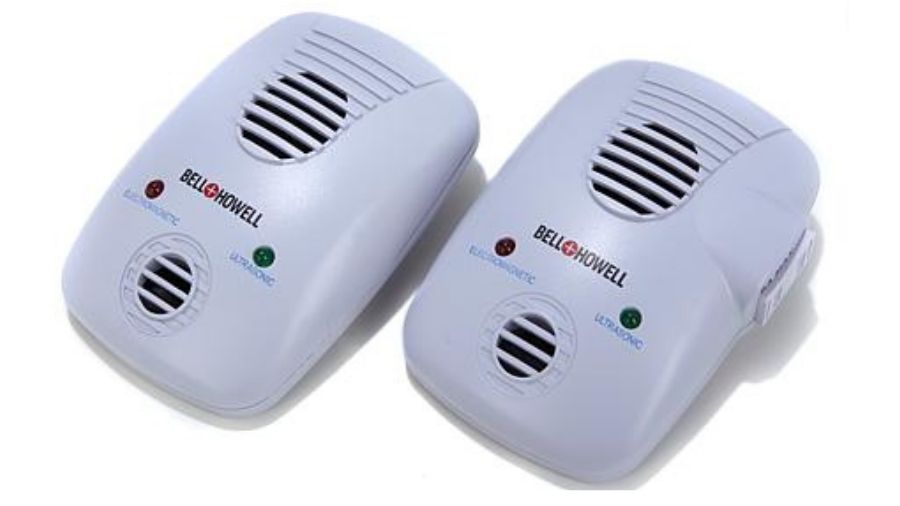 Ultrasonic pest repellers produce ultrasonic or high-frequency noise to repel and kill pests such as mice and bugs usually live in households. Homeowners are also curious whether such ultrasonic mouse repellents are an important method to get rid of rats.

How do ultrasonic pest repellers work?

The concept behind the use of sounds to prevent pests was first introduced by the Chinese thousands of years ago. They used manually handled machines and released sounds to remove bugs and pests from their crops.

Ultrasonic pest repellers use ultrasound, as the name suggests, which literally means the sound which is greater than 20,000 Hz. This sound level is nearly inaudible by the human ear.

Ultrasonic sound might cause effects such as anxiety, tremors, and even death in pests. Probably, pests would leave the place for a friendlier atmosphere.

What Kind Of Pests Do Ultrasonic Pest Repellers Work On? 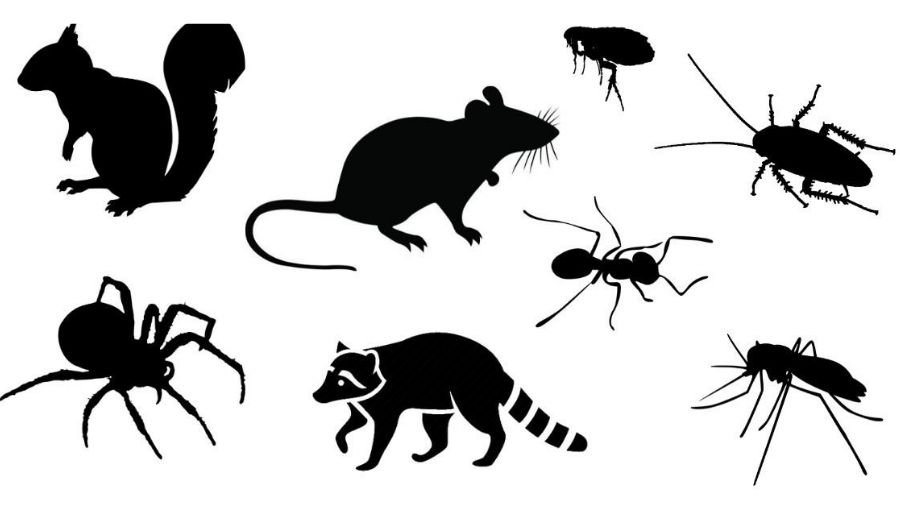 Ultrasonic pest repellents tend to be effective on various pests. The pest they are addressing depends on the type of tool with some repelling rats, rodents, cockroaches, ants, and also spiders, squirrels, fleas, bats, etc.

Many ultrasonic mouse repellers are suitable for home pets including dogs and cats since device’s ultrasonic sounds will not affect them. The sound will, however, disturb domestic animals like rabbits. Also, check the warning labels from the manufacturer when using this sort of tool to be certain.

Although some ultrasonic repellents can have a minor short-term effect on certain pests, most don’t control them effectively. And in some situations like studying rat repellent systems in a 1995 report for the U.S. Department of Agriculture and the National Wildlife Research Center, the results appear to drop off after a couple of days of use as the pests get used to the sound.

Another 2015 research undertaken by the University of Arizona found that despite the growing number of patents for ultrasonic pest repellents over the years, commercially available ultrasonic pest control systems were not a successful way to handle pest problems.

In addition, Consumer Reports suggest that people should stop using the ultrasonic pest repellents entirely, claiming that the New York Attorney General’s Office sent letters to two separate makers of such products in 2016 to take legal action against them. In addition to it, the Federal Trade Commission has been alerting consumers for years about ultrasonic pest control devices, since the manufacturers do not have the scientific proof needed to support their claims for efficiency of the pest repellers.

What is the Price of Ultrasonic Pest Repellers?

The price can differ, depending on the device’s make and model. Some are fairly cheap, at only a few dollars each, while others can be priced up to 100 dollars each. The most important thing is the number of devices required to protect your home. So, purchasing the machines in packs of three or four is generally cheaper than getting one or two at a time.

Many have labeled their products as ultrasonic pest repellers, with the aim of chasing off different types of pests. But there are also specific ones like an ultrasonic mice repeller, an ultrasonic rodent repeller, and an ultrasonic spider repeller. The information you need to know is the frequency range that can be generated and released by the repeller and the kind of species of insect that is close to the sound wave they can’t bear hearing.

How many Ultrasonic Pest Repellers are Needed to Cover a Complete Home?

As you come to find some of the best ultrasonic pest repellers, you must see the definitions and characteristics of those. Some can come in 2 or 4 packs. And, they’ll tell you in their description how large space the device can cover. So, to completely surround your home with the sound wave, you’ll need the correct number of tools to fit different places around your home. The number of pest repellers will depend on how huge your area is. In general, 4 of these ultrasonic powerful repellers are more than enough.

Once, pests mess around your home is a very frequent problem. So, until now, it seems clear that ultrasonic equipment is the perfect way to deal with these pests. While many find it an effective method to chase away these pests, the repeller might be very new to a few people. And, if that is the case, it’s suggested that you try a pack of pretty good ultrasonic instruments that are exceptionally inexpensive and reasonably priced.

The Unproven Claims about the Ultra Sonic Pest Repellers

In 2001, the Federal Trade Commission warned the makers and distributors of Ultrasonic Pest Repellers just to ensure that all claims of effectiveness should be supported with evidence. The FTC also checked the advertisements and publicity materials generated by the companies and found that most of them could be in violation of the FTC Act that guards against false advertising.

Consequently, the customer was secured from being fooled by the firms through false claims and incorrect facts,   The FTC’s alert also tried to enable the companies that manufacture the devices to examine their products carefully before introducing them into the market.

Other experts agreed with the FTC reports, and also advised customers to be careful about buying the ultrasonic repellers based on claims that could not be proved scientifically. The Lincoln Nebraska Extension office at the University of Lincoln wrote an article saying customers should not bother spending their money on such devices.

What should the customers do?

If you are looking at buying an Ultrasonic Pest Repeller device, it is strongly advisable that you take the time to read the product reviews. That will give you useful insight into how effective the device will be.

Search for companies that have a good number of positive reviews rather than picking something at the lowest price. Also, make sure that the reviews are true and are written by verified buyers.

Too much exposure to ultrasonic noise can cause the following types of symptoms:

Other Types of Pest Repellers

Electronic pest repellers are available from local stores and also online. They come in a number of sizes and prices, depending on the sort of pest that you aim and the place that you choose to protect. Usually, these devices are connected to a wall or socket and create a high-frequency ultrasonic noise. Manufacturers state that the devices prevent cockroaches, mosquitoes, mice, flying insects, and other types of pests.

How Effective are the Electronic Pest Repellers?

The process behind electronic pest repellers is that the noise reaches above the frequency and pitch that can be fine for humans, but it is loud enough to irritate common home pests. Compared with pesticides, baits, and other killing techniques, these products are safe, natural, and environmentally friendly. Unfortunately, one of the major problems with electronic pest repellers is that no evidence is available to show that they are really effective.

An ultrasonic insect repeller is the best way to keep the pests away without destroying them with pesticides. This technology is currently being used for almost all devices and further work needs to be carried out for system development.

It presents itself as a user-friendly tool with no side effect on humans, but the primary purpose is met that is to repel the pests that damage human life.

The pest repellers use electromagnetic wave and ultrasonic wave technique releases physical sound waves which act on the nervous and auditory systems of rats, bats, mosquitoes, and flies. The pest repellers make them escape where the pests exist. You can use it in your apartments, warehouses, offices, restaurants, and even schools.

Research confirms the ineffectiveness of Ultrasonic Insect Repellers. In laboratory experiments, using strong ultrasonic emitters, certain pests were significantly influenced by the sound. Their range is too short and the sound waves which they produce are too low to repel pests or rats efficiently.

While ultrasound is not felt by humans, it can also cause serious harm to human ears at high decibels. Ultrasound above 120 decibels will cause damage to the ears. Exposure to 155 decibels heat waves is damaging. Even 180 decibels may be causing death.

Even electronic devices are meant to keep off rats and cats may cause symptoms such as diarrhea, nausea and fatigue, pain in the stomach, and headaches.

This electronic repeller disturbs and keeps pests away from the homes. It targets rats, cockroaches, mice, mosquitoes, bed bugs, and also rats. Low sound frequency is harmless for humans and pets since there is no presence of poison or chemicals.

An ultrasonic repeller for pests lasts from three to five years.  When the device works, then the LED light on the unit is activated. With less than $30, you can purchase a pack of six.