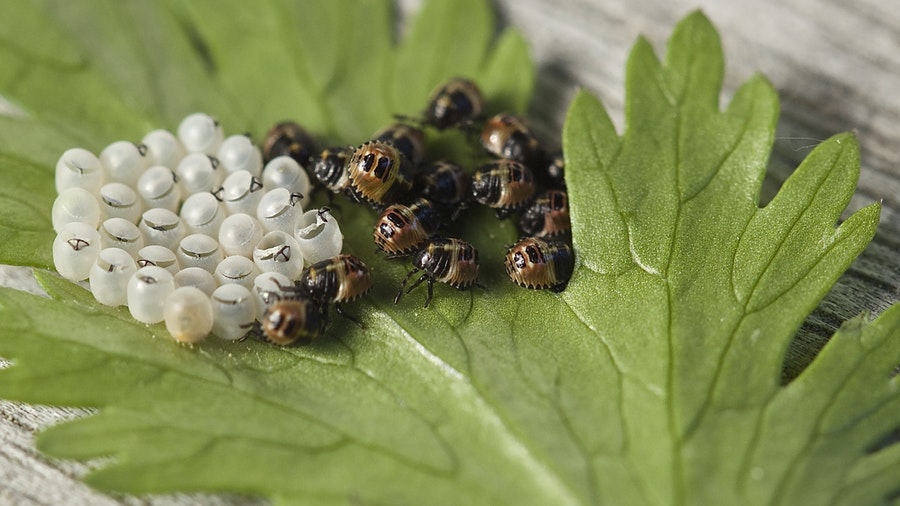 What Happens to the Bugs in Winter? – Insects have various ways of enduring winter. Insects are everywhere in the summer. You see bugs in winter (butterflies and bees)  flies and mosquitoes, ants, grasshoppers and crickets.

But as soon as the temperatures drop, and winter arrives, these bugs begin to disappear. They or their off springs somehow manage to survive the cold because when the weather warms up, they return again.

Some are commuting or finding places to hide while others change their body or simply die.  climate change affects the way in which insects survive the winter.

What is the possible means for an insect to flee winter?

If their dwelling places become too cold, some insects migrate to warmer places. They consider migration as the best means to escape the temperatures.

The most well-known example is the monarch butterfly, which travels thousands of miles to escape cold temperatures.

Monarch butterflies can fly 2,000 miles or more to spend their winters in California or Mexico.

The following are some of the strange survival methods insects employ to fight winter weather: 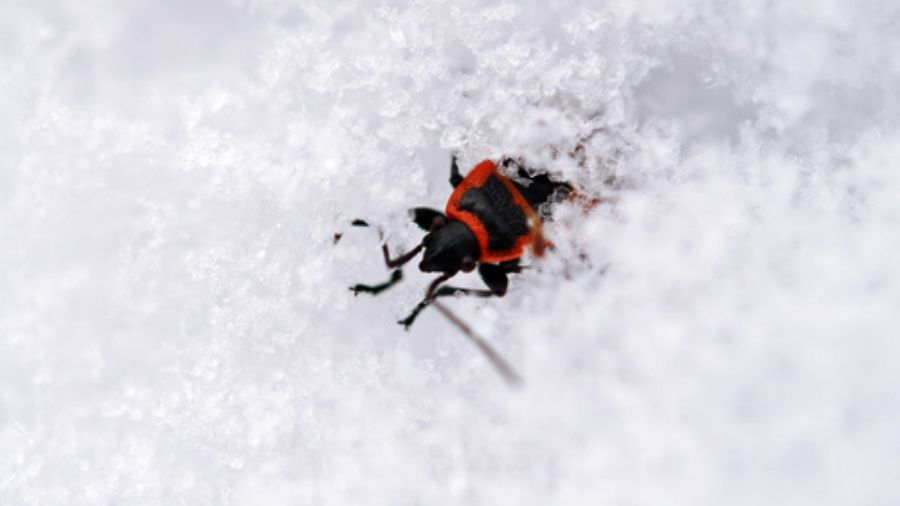 When cold weather strikes, some insects or bugs in winter enter a kind of dormant state diapause. So, all their growth and activities are drastically reduced in a semi-frozen condition.

It is close to the hibernation that a number of warm-blooded species undergo. The shorter days leading up to winter usually trigger diapause.

Some insects generate their own type of antifreeze while in a state of diapause to survive freezing temperatures.

As temperatures go high in winter, many insects create compounds which prevent their bodies from developing ice crystals.

This antifreeze helps insects to live even under freezing temperatures. Caterpillars use this form to make it through the winter. 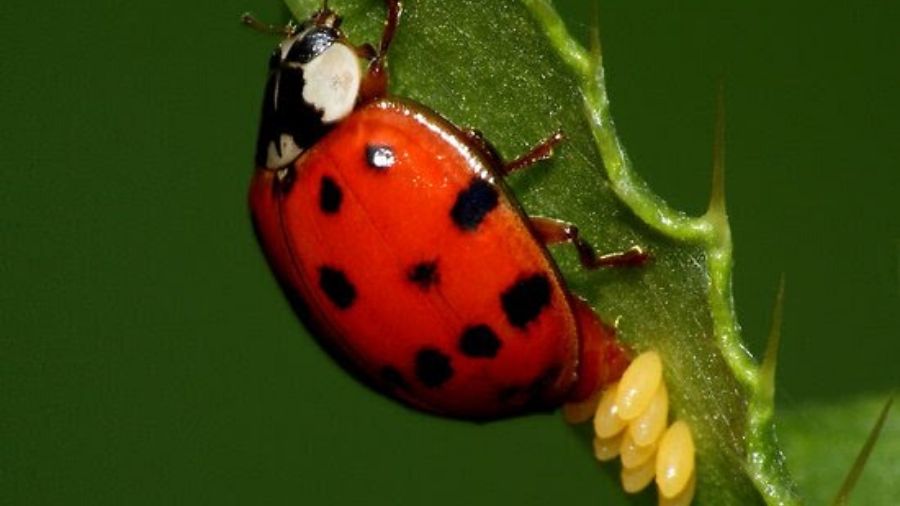 Apparently, certain species simply don’t survive the winter. Yet they lay eggs that will hatch in the spring as they die.

Spiders in winter, females lay their eggs, and then they die. Instead, in the spring the spider lings are raised once the cold weather is over. 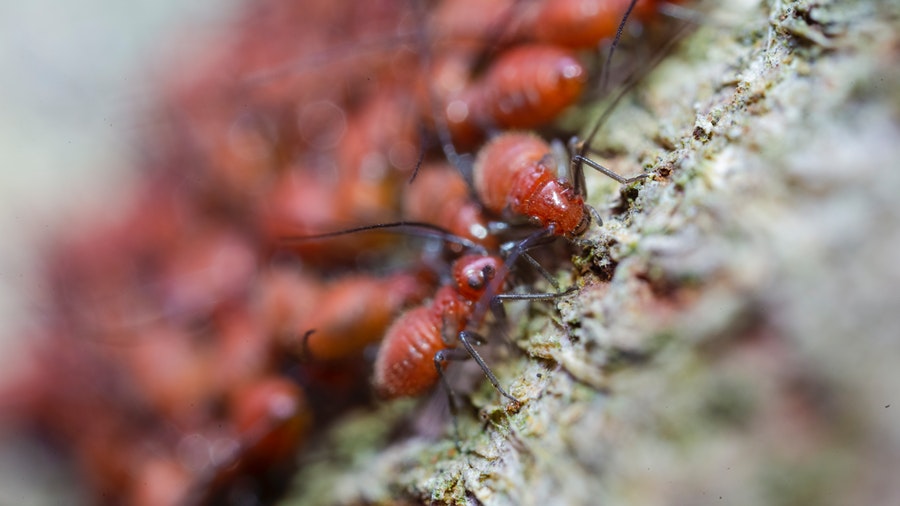 Many bugs in winter stop freezing, by snuggling to stay warm. Honeybees huddle in their hives together. They use their body heat to hold one another dry.

So, they can build a micro radiator in the colony to create heat and they stay warm to get rid of the cold.

Ants and termites likewise stick together, going one litter further underground. They go under the frost line, where all those bugs need warmth. Convergent lady beetles, too, gather on rocks or branches in larger groups to warm it up. 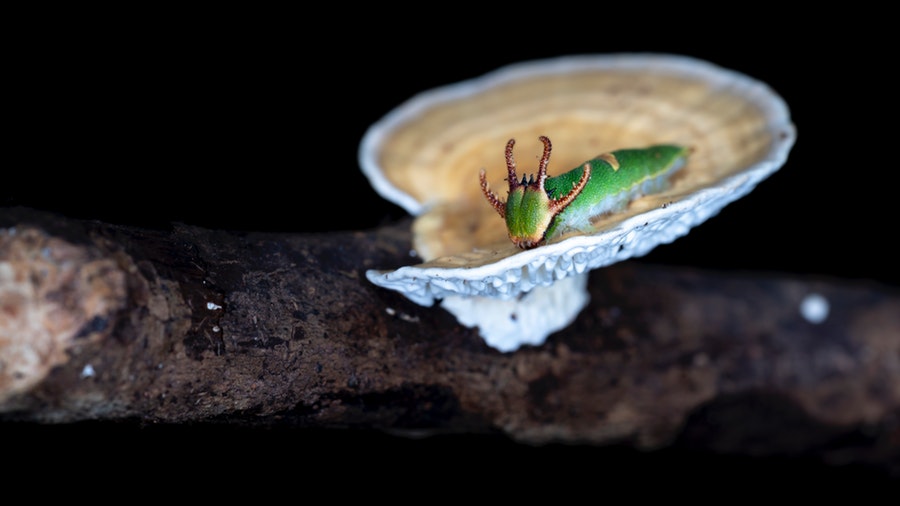 Many species actually endure winter looking for warm places to hide. Cockroaches will seek warmth if they find an opening.

Insects such as the multicolored Asian lady beetle, brown stink bug, and western conifer seed bug can wait during wintertime. In the late summer, grownups will appear and will just go throughout protected areas.

Their hiding indications are shorter days and more cold temperatures. They will remain inside until warmer days are back. 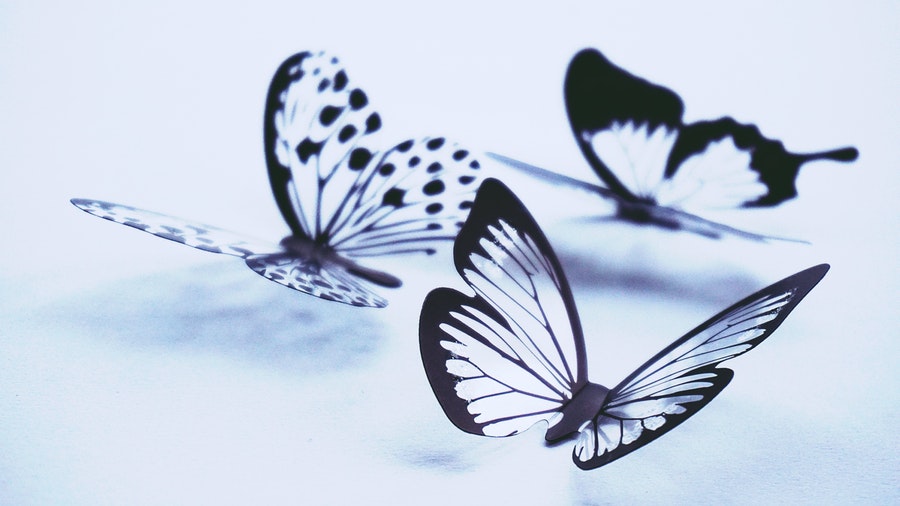 As adults, numerous insects hibernate. Ladybird beetles are a well-known example and are commonly seen in large numbers in the Winter. They gather at high altitudes.

Many large wasps seek refuge from houses or barns and attics. Tree gaps, leaf litter, and are fairly common shelters.

The Mourning Cloak Butterfly is typically the first butterfly seen in the season. And that is because it hibernates in wintertime in tree holes or other shelters.

It reduces the water content of its body,  and accumulates glycerol which acts as an antifreeze.

During the winter, honey bees live in the hives and create clusters as temperatures drop. They can also increase the temperature by flapping their wings.

In fact, insects can more easily survive cold temperatures when the conditions remain constant. Most species can get protection and nourishment through a number of micro-habitats. Among those habitats are underwater, tree branches, and even in plants.

A specific fly is to be found in winter, and therefore the fly larvae are used as fish-bait. Insects benefit from snow by insulating the field by maintaining the temperature unexpectedly steady.

Honeybees  during the winter, and through the generation of body heat, they remain semi-active in trees.

This is done through the use of up to 30 pounds of processed honey during the winter months. Through the oxidation of the honey, heat energy is produced and circulated through the worker bees in the hive.

Insects are inactive during the winter months. And they experience a period of reinstatement of their growth, production, and behaviors. The metabolic rate that is sufficient to keep them healthy.

This condition of dormancy is named diapause. Vertebrates, in contrast, experience hibernation, during which they have a slight movement and attach tissues to their skin.

How are the following species able to survive the winter?

Arthropods (e.g., cockroaches, spiders, ants, mosquitoes) are sensitive to heat; that is, they cannot produce their own heat, so mobility depends on the ambient temperatures.

Extreme conditions influence the geographic distribution of pests since some types of arthropods actually cannot live or overwinter in freezing winter temperatures.

Some arthropods might generate a sort of antifreeze in which their hemolymph (blood). It protects them from freezing during the period of hibernation.

In temperate zones, arthropods die, once cooler temperatures arrive in the  winter. They relocate or go into diapause until warmer temperatures return. Arthropods may, of course, be active year-round in warm climates. 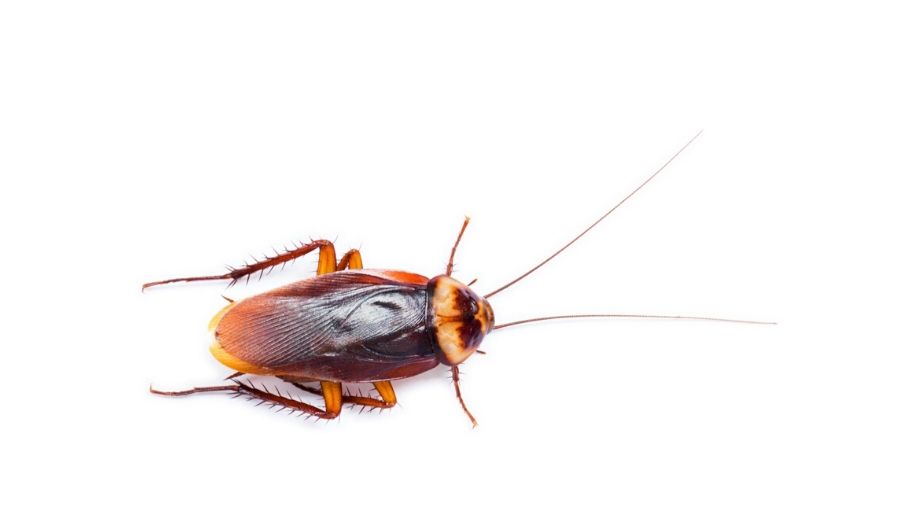 Cockroaches have been around for thousands of years and  the world’s most flexible creatures. Still, will they withstand the cold weather? Generally speaking, most varieties of cockroaches may live throughout the year, if they have a dry, humid environment.

For example, the German cockroach requires an enclosed, humid environment near food and moisture.

As such, in residential kitchens and bathrooms, this species often makes itself quite convenient, especially in the winter months.

Many types of cockroaches cannot endure temperatures below 15 ° F. And cockroaches can migrate indoors , and crawl to spaces to keep themselves warm.

Nevertheless, there are some creatures that stay active at freezing temperatures, e.g. Yamato cockroach in Japan.

Like other insects, lower temperatures delay levels of growth, so even though cockroaches may still be present they grow at a slower rate. 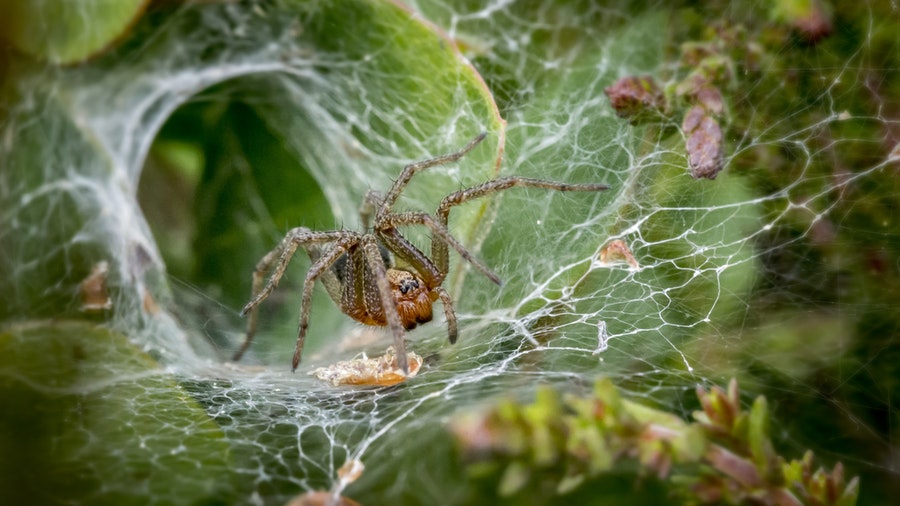 Spiders will survive within buildings or in outdoor shelters. The brown recluse spiders are inactive when temperatures are below 44 ° F.

Another reason for lower spider activity during winter is that their prey won’t be available. Thereby, there will be decrease in the amount of spiders.

Removal of cobwebs/spiders or using pesticides can dispose of a spider area. Although some spiders might continue to exist in the winter months, their activity is significantly reduced until the return of  summer  and extended long days. 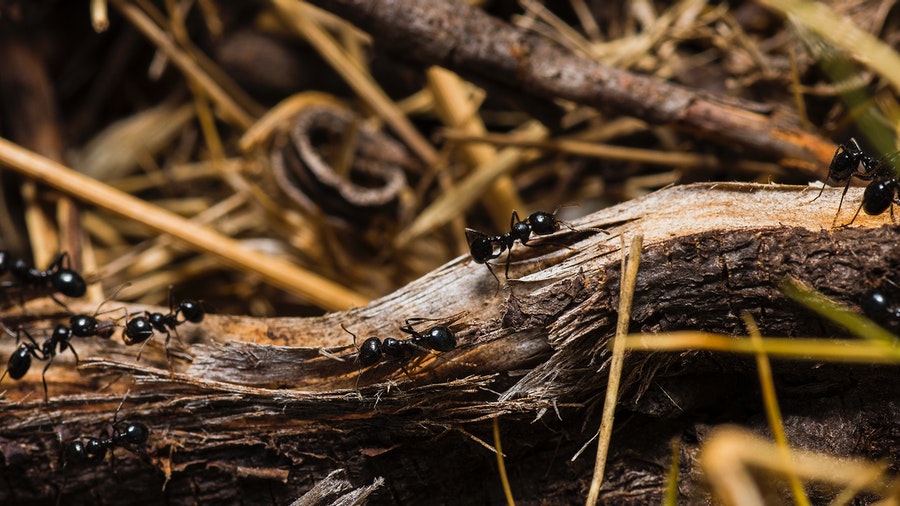 These trees absorbs sunlight and keeps temperatures just high enough during winter months. Ants, including our own yards, are very efficient at overwintering in great outdoors. They engage in vast amounts of food during the winter, and live without eating for weeks. 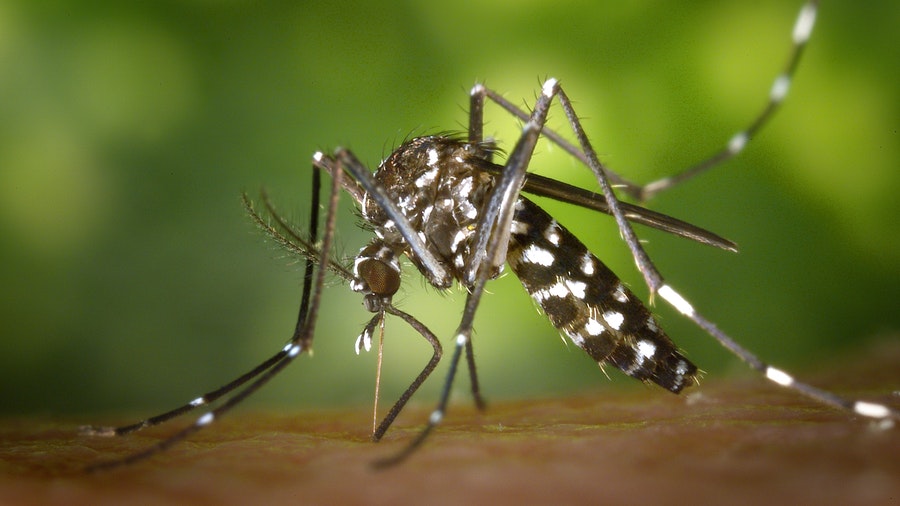 Female mosquitoes of the genera Anopheles, Culex, and Culiseta may winter as adults in a diapause state. For example, female Culex mosquitoes may stop blood-feeding and raise fat reserves in reaction to shorter winter-day periods, even though they may overwinter while carrying eggs.

Female mosquitoes can look for locations such as burrows, storm drains, caves where they would winter.

Male mosquitoes do not reach diapause and die from cold temperatures in general. These species overwinter in safe areas such as hollow logs or hibernate in. When the weather conditions change, female mosquitoes will awake and look for a supply of blood to feed and start developing larvae. 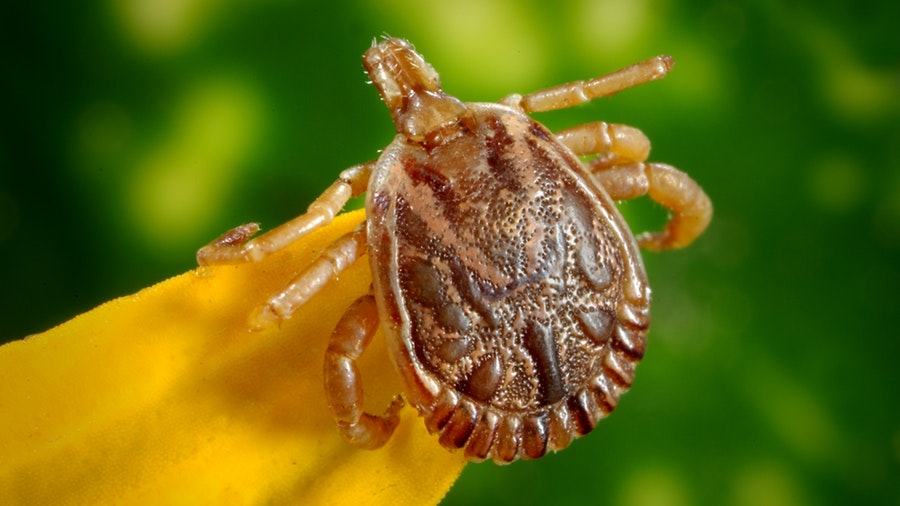 During colder periods ticks also undergo different behaviors. They may look for hibernacula, decrease levels of activity to conserve water and rack up substances such as glycerol to defend them against freezing temperature. Many insect types are not involved in winter months; however, certain species (e.g. Black-legged tick) may be active and pursue blood meals when temperatures stay above zero. As with other arthropods, the level of activity and the influx of ticks depend on differences in regional temperature. The resurgence of ticks in spring has to do with increasing host accessibility and plays a key role in the spread of disease-causing pathogens. 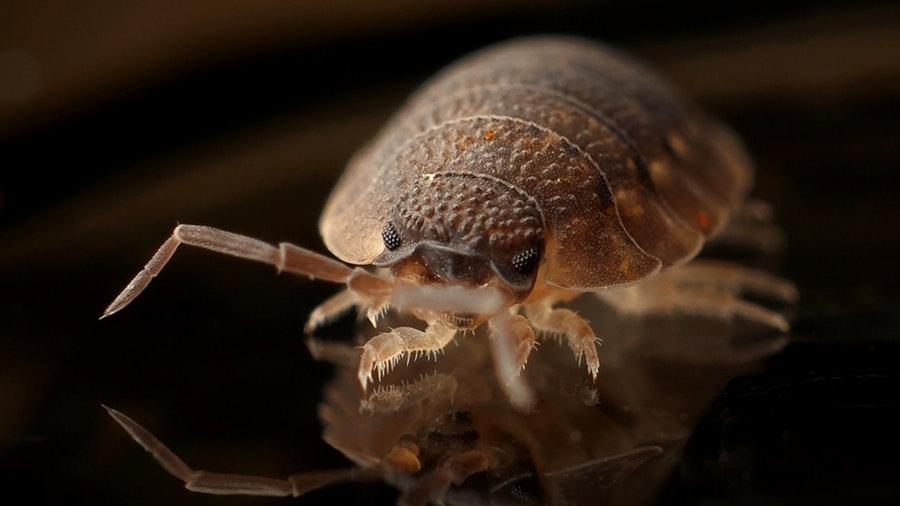 Bed bugs in winter or can survive temperatures varying from almost zero to 122 degrees Fahrenheit which makes it extremely difficult to manage them.

But they still respond to temperatures below 32 degrees Fahrenheit after a few days of exposure. The bad news is that our residences provide the ideal place to withstand bed bugs throughout the winter months. 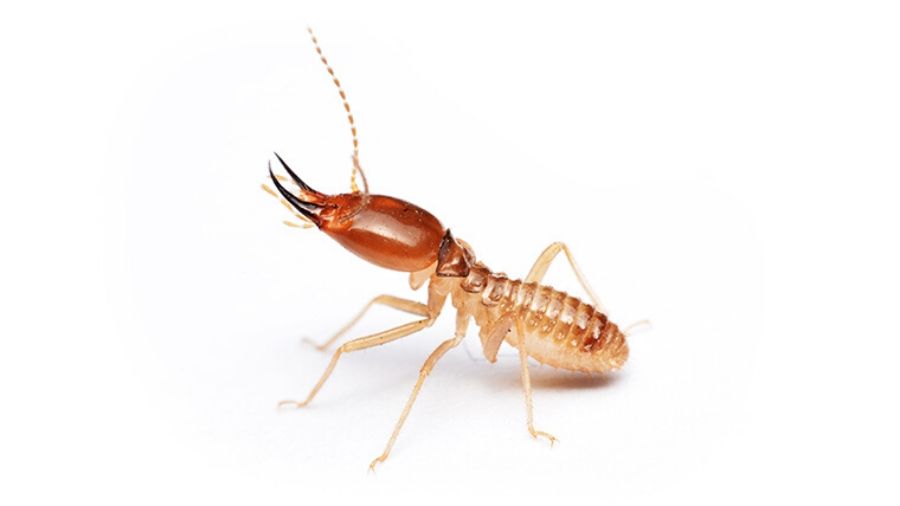 During the winter, weather patterns influence the termites where they live in. Subterranean termites delve deeper into the surface below the frost line to stay warm in cold climates. Other species such as dry wood termites will look for shelter from dry wood.

Usually in the spring season, the temperature reaches around 70 degrees Fahrenheit; young male and female termites come out from their dens to find a mate and  site, which can often be our houses.

Termites are available year-round in warmer climates or houses, where the temperature is normal.

1.How do bugs survive in the winter?

As adults numerous species also hibernate. In general, insects may more easily survive cold temperatures when the temperatures are constant, not by alternating thaws and freezes. Most insects can get protection and nourishment over the winter in a number of micro-habitats.

2.What happens to mosquitoes in the winter?

Mosquitoes are cold-blooded and they prefer temperatures greater than 80 degrees. They shut down for the winter at temperatures lesser to 50 degrees. Some species ‘females pick holes where they await warmer weather, while others lay their eggs in frozen water and die.

3.At what temperature do bugs die?

Many individual insects die as temperatures drop well below 0 ° F. The warmer it is, the less it persists.

4.Do crickets survive the winter?

Field crickets grow into adults in about eight weeks. They don’t survive for long the winter, so when freezing temperatures set in if they’re still hopping around, they will die. Nevertheless, there are many cricket varieties and each would have a specific period of existence.

5.Can flies freeze and come back to life?

While all insects die below a certain temperature, cold-tolerant insects will thrive below0 ° C and they would live a full life after being frozen and thawed. The Antarctic midge Belgica Antarctica is a fly that can do this, a bug that is so cold-resistant it actually dies too far above zero at times!